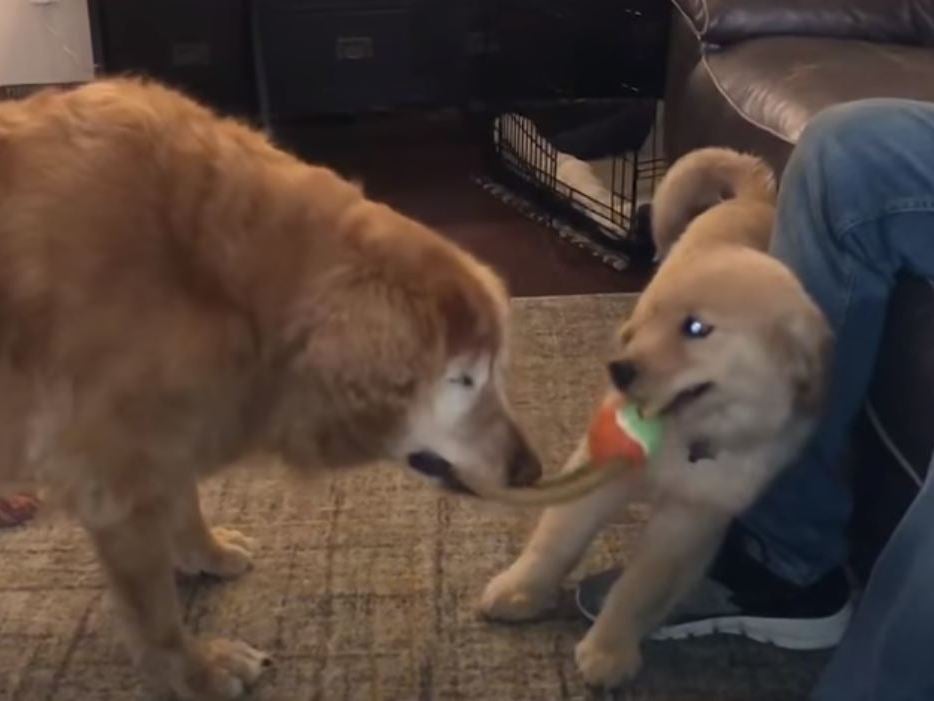 A senior golden retriever has been given a ‘seeing-eye’ puppy to help him navigate the world after losing his sight to glaucoma.

Charlie had both eyes removed in a double enucleation after developing the debilitating condition.

To help the 11-year-old pooch adjust to the new stage of his life, his owners got four-month-old Maverick to help him out.

In a bid to document Charlie and Maverick’s journey, the North Carolina couple started an Instagram profile called CharlieandMav, which has already amassed almost 60,000 followers.

In their first post, Charlie and Maverick introduced themselves as “just a couple of happy pups”.

“Charlie had glaucoma which led to his double enucleation (both eyes removed),” the post caption read.

“Now, Maverick is here to help Charlie around and Charlie is trying to teach Maverick manners.”

One video shows Maverick playing a game of tug-of-war.

Despite not being able to see, Charlie wins and retreats with his prize.

The new friends have captured the hearts of tens of thousands on social media, with one commenter writing: “Tears of happiness – so beautiful!”

Another said: “Doesn’t get much cuter than these two guys.”

Aparshakti Khurana: I would like to function on a biopic primarily based on Fauja...

Juventus want to raid Spurs for key figure; other names being considered – report...