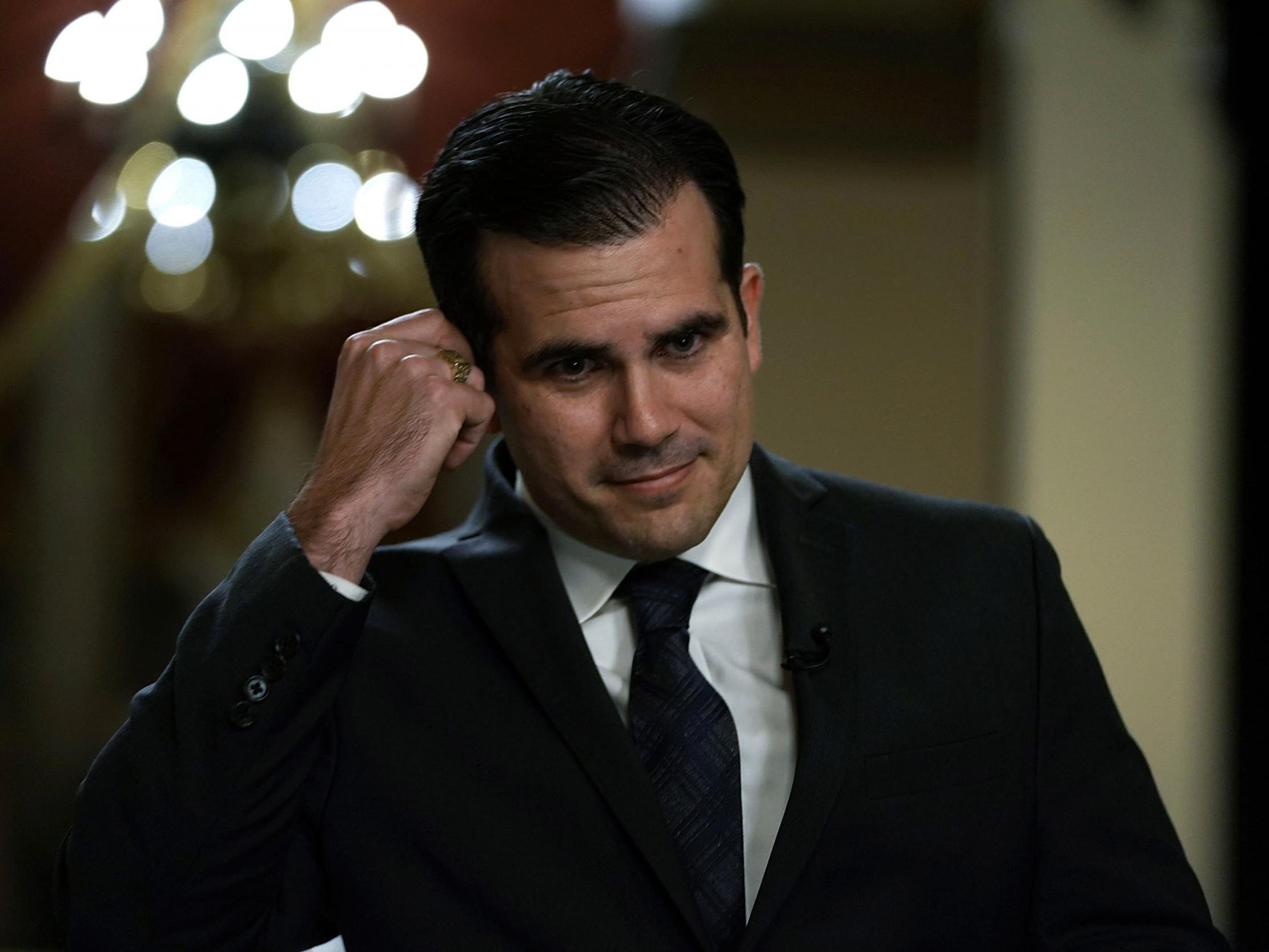 The governor of Puerto Rico did not mince his words this week when he learned that the Trump administration have doubled down on their refusal to grant the island funding for its recovery from Hurricane Maria.

Gov. Ricardo Ros Rosselló said he will not let Puerto Rican officials be taunted and bullied by the White House.

“If the bully gets close, I’ll punch the bully in the mouth,” Mr Rosselló said on CNN on Thursday, referring to Donald Trump.

The Puerto Rican governor’s comments came in response to news that President Trump told Republican lawmakers at a closed-door congressional meeting on Tuesday that the island territory received too much money in the aftermath of the hurricane.

The amount of funding “is way out of proportion to what Texas and Florida and others have gotten,” Mr Trump said, according to Republican Senator Marco Rubio.

Mr Rosselló is also receiving backlash from his constituents and colleagues for his recent hostile comments involving the president. Some critics question why he didn’t use the same type of fervour in defending Puerto Rico when Mr Trump first visited the island in October 2017.

While visiting Puerto Rico, the president said the aftermath of the hurricane left the country was not a “real catastrophe” like Hurricane Katrina in New Orleans.

Mr Trump also repeatedly refused to meet with Mr Rosselló privately to discuss disaster relief about a year and a half after Hurricane Maria killed at least 2,975 people in 2017. The hurricane was the deadliest natural disaster in the US in the last century.

Mr Rosselló attempted to defend himself by saying, “it would be a mistake to confuse courtesy with courage.”

San Juan Mayor Yulín Cruz, who has recently announcing she will be running for Puerto Rico governor against Mr Rosselló in the 2020 election, called him out on Twitter.

“The governor is desperate because he knows that history will remember him as a coward,” Ms Cruz, tweeted. “When he had to, the governor of Puerto Rico praised the President. Realising [now] that his complacent attitude towards Trump is hurting him politically, the governor pretends to be taking Trump on.”

Senior white House officials told Mr Rosselló’s top officials that the island’s representatives were too aggressive and insisted too much on setting up a meeting with Mr Trump, CNN reported.

Mr Rosselló’s remarks were made on the same day he announced his support for new legislation that would make Puerto Rico the nation’s 51st state in the country. The bill was introduced on Thursday by Democratic Rep. Darren Soto of Florida.

Hurricane Maria devastated Puerto Rico, displacing nearly 200,000 people who left for the mainland and resulting in approximately $90bn in damages.

bitchy | Right here are some teaser images for Game of Thrones’ Episode eight.three,...