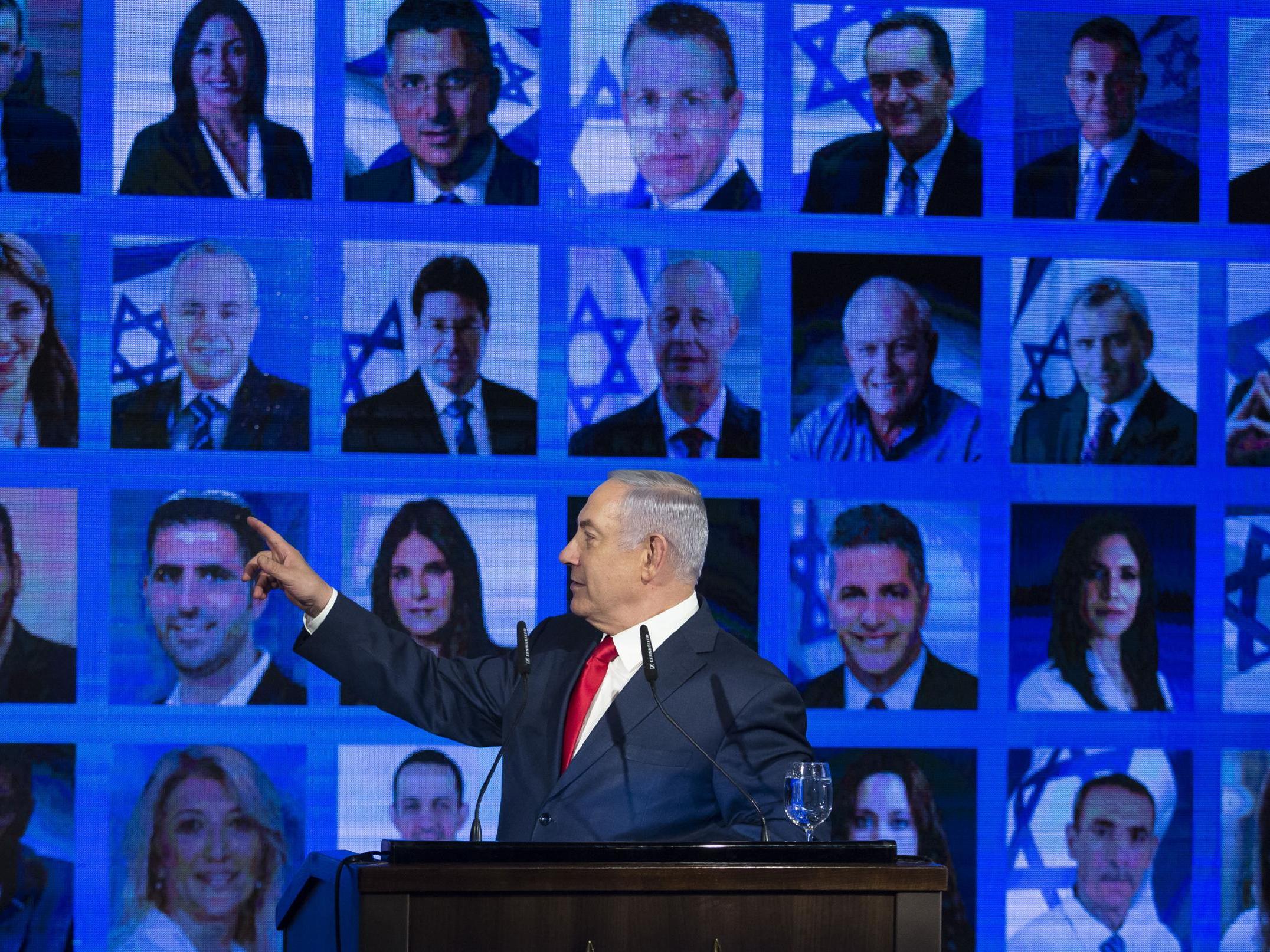 An Israeli watchdog claimed it has found a network of social media bots disseminating messages in support of prime minister Benjamin Netanyahu ahead of next week’s elections.

Noam Rotem and Yuval Adam, two researchers operating the Big Bots Project, said in a report that they uncovered hundreds of fake accounts spreading messages in support of Mr Netanyahu’s Likud party and smearing his opponents.

Mr Adam said his project discovered a network that included a number of real people, along with hundreds of Twitter accounts that appeared to be fake or duplicate.

“One person might be operating tens or hundreds of accounts at the same time,” he said.

He said this appeared to be a violation of Twitter’s terms of use.

He said the findings had been forwarded to Twitter in hopes of deactivating the fake accounts.

Israelis head to the polls in eight days in a close race between Mr Netanyahu and his main rival, former army chief of staff Benny Gantz.

Mr Netanyahu is seeking a fifth term in office under the shadow of corruption charges.

The campaign has focused largely on personal attacks between the two front-runners, with Mr Gantz taking aim at Mr Netanyahu’s alleged ethical lapses, and Mr Netanyahu painting Mr Gantz as a weak “leftist”.

The prime minister’s Likud Party has also tried to portray Mr Gantz as being mentally unstable.

Mr Rotem and Mr Adam said they found no direct link between the network and Mr Netanyahu or Likud.

But Mr Netanyahu’s son Yair, who has run into trouble in the past for his social media activity, has frequently liked posts by the network’s accounts.

They said it was unclear who was operating the network.

The report said the network had relayed tens of thousands of tweets that were viewed more than 2.5 million times.

The two researchers said they were not political activists and had raised money for the research through a crowdfunding campaign.

The Likud party denied any connection to the network and said the accounts identified by the researchers were real.

“It turned out that those mentioned in the article are actually real people who even interview with the Israeli Media,” Likud spokesman Eli Hazan wrote on Twitter.

Mr Gantz’s Blue and White party wrote on Twitter after the Big Bots Project’s report headlined Monday’s edition of Hebrew daily Yedioth Ahronoth that “Netanyahu is trying to steal the elections” and called for a police investigation to determine the network’s funding.

The exposé about the pro-Netanyahu network was the latest technology related incident in the tumultuous 2019 Israeli election campaign.

While Mr Gantz contends no sensitive information was compromised, Mr Netanyahu leveraged the breach to argue that Mr Gantz was unprepared to lead the country.

Dybala to United named off -Juvefc.com

’90 Day Fiance’ spoilers: Are Chantel Everett and Pedro Jimeno nonetheless married? Did they...

two issues the New Orleans Saints can increase on for Week six vs. Jaguars