Richmond Kickers FC defender Wahab Ackwei has been named in the United Soccer League Group of the Week for matchday 4.

Ackwei earned a spot in group soon after his gallant show for the Red and White lads in their 1- more than Greenville Triumph SC.

The 22-year-old is creating his second look this season for the USL League A single Group of the Week.

The former Inter Allies captain recorded a passing percentage of 80% and eight clearances as the Kickers picked up their second clean sheet of the season.

He was at the center of the Kickers’ shutout in Greenville as he recorded 5 interceptions, created 10 recoveries and won five of six duels. 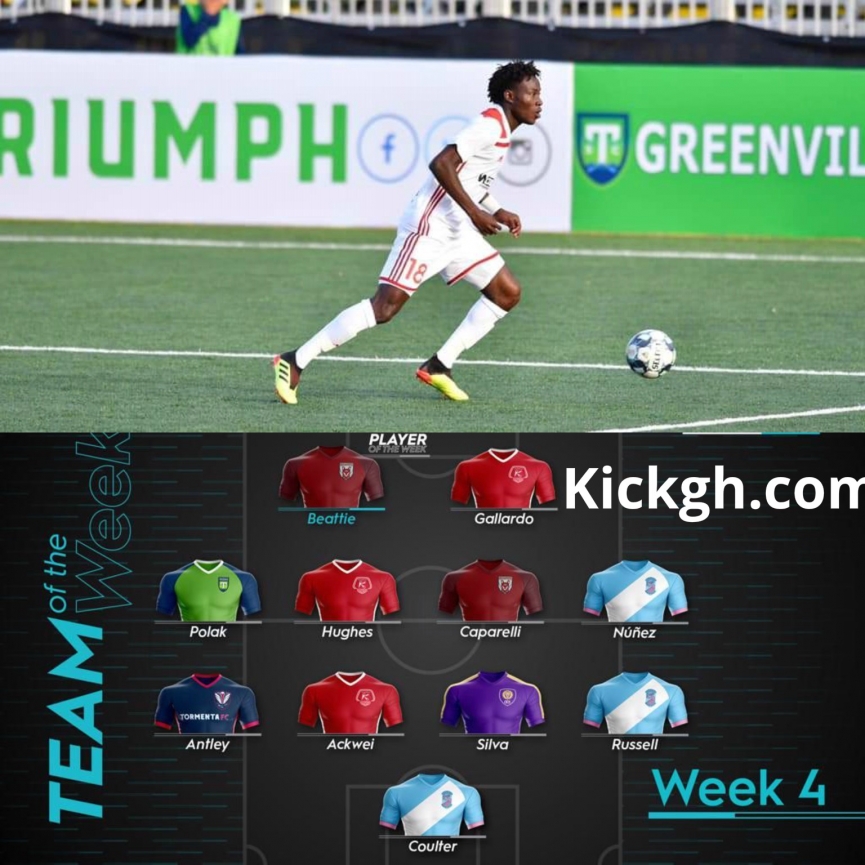