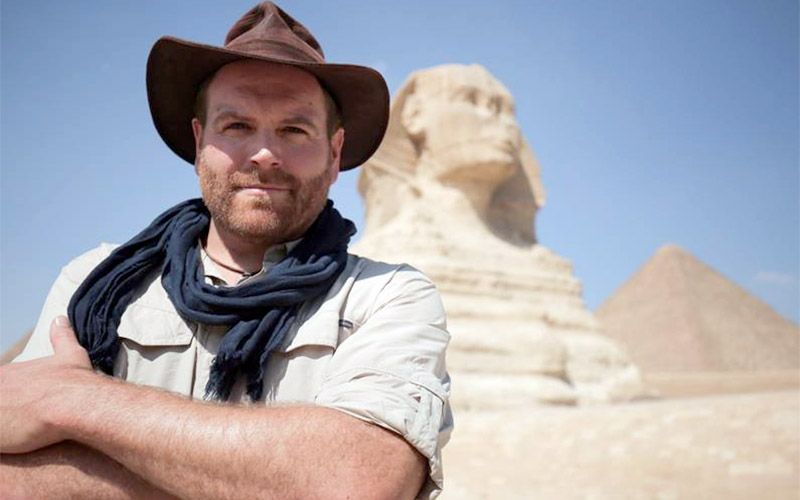 Does Discovery plan on showing a repeat of Josh Gates show from this past Sunday? Not only did I miss it live, but am hoping to still see it in a repeat. If it will be on again, when would that be? I have loved anything about ancient history, since I was a kid many, many years ago and unfortunately I forgot to set our PVR. … Thank you. —Carol

Good news, Carol: the special Expedition Unknown: Egypt Live will be repeated, and is available to watch.

It’s definitely worth watching, especially if you’re interested in history and artifacts that give insight into the lives of people who lived thousands of years ago.

While the special was very clearly well-planned and very produced (wow, there were a surprising number of extras—I mean, people—wandering around at 3:30 a.m. Egypt time), it also managed to be both entertaining and informative, with some really spectacular reveals. This was not Geraldo and his vault, thankfully.

With Josh Gates as its host, the special was branded with the name of his show, Expedition Unknown, which returned this week for a new season.

The (obviously now pre-recorded) encore version of the 84-minute special is currently available on-demand on Discovery Go and its related apps, and also available to stream on Discovery.com—where, right now, it’s free to watch, so no cable login is required.

If you want to record it or watch it on television, Discovery Channel told me that it will rebroadcast this Saturday afternoon, April 13, at 4 p.m. ET. That’s the only currently scheduled repeat.

Before then, you might want to read my interview with a Discovery Channel executive, which was conducted before the show aired, though I updated it with a section about what happened during the live special (that’s at the end, so easily skipped if you want to be surprised when you watch).

Will there be a Last Alaskans season 5?

When will another season of The Last Alaskans begin? —Linda

The Last Alaskans concluded season 4 at the end of January. It was a season that included the death of Bob Harte, one of the show’s core cast members.

Right now, there’s no news about the show’s future.

That said, the Discovery Channel only officially announced its return early last November, a few weeks before it aired. And there was an 18-month gap between seasons three and four.

I’m very hopeful we’ll get another season, but right now, it’s too soon to tell.

In the meantime, watch the first four seasons, or read about the behind-the-scenes of how The Last Alaskans is produced.

Fug Madness 2019, The Elite Eight: Can Halsey Take Down the Kardashians After and...