Katie Price isn’t having an easy time as a pet owner.

Two of the former glamour model’s dogs are believed to have escaped her country mansion recently, with one of them being picked up by police near the busy A24 in Sussex.

Bear, a German Shepherd pup that was said to have cost £1000, was found by the cops while the other returned on its own. 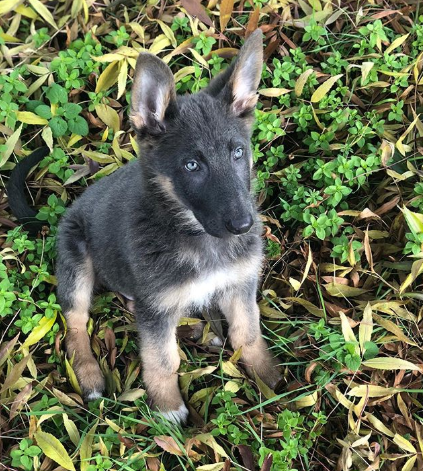 A source quoted by The Sun said: “Katie really needs to shore up her garden as it’s only a matter of time before something bad happens if the dogs keep escaping.

“Luckily motorists spotted the dogs and drove carefully while they were loose and a policeman was on hand to help out.”

Katie really needs to shore up her garden as it’s only a matter of time before something bad happens.

It follows an incident last year that saw one of Katie’s dogs allegedly run down and killed by a delivery driver.

Taking to Instagram to tell her fans about the accident,  she posted a heart-melting pic of the pooch and wrote: “I’m absolutely Devastated heartbroken my faithful loving family dogs life Queenie has been shortened as she was killed by a heartless delivery driver.”

Katie was criticised by some earlier this year for showing off her new puppy Bear while reportedly struggling to pay off a fine.

The 40-year-old star told a court in January that she would not be able to pay the £1295 driving ban fine she was handed.

Given 14 days to find the money, it is believed she resorted to selling items including underwear and her old breast implants to generate some quick cash.

Katie is the owner of a range of animals, not just dogs.

Horses and chickens feature in her menagerie, and her daughter Princess even has a hedgehog called Peggy.

She shared a video of the animal on Instagram, but many of her followers questioned whether or not it was appropriate to keep a hedgehog as a domestic pet.

This Mumbai-primarily based startup has rolled out eco-friendly bamboo substitutes in its fight against...

The Gronk Moves to Broadcast Booth

Farrah Abraham: My Haters are Idiots and Liars and Haters! Jenelle Sucks!