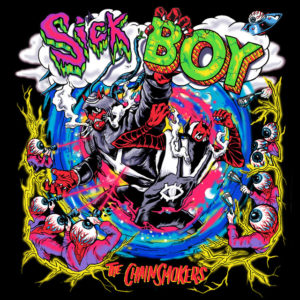 Well kids, I have been on a fucking absolute bender lately. Basically, I decided to just start doing the most. My NASA application got denied however. I wanted to be the first man to take a prostitute to space! They quickly replied with “As exciting as this proposition might be for some, we are sorry Mr.Guap, the space program only launches tax paying citizens into space” I guess I will continue to try and break the Guiness world record for the most panic attacks in a 7day period. So I decided to post another Chainsmokers song because I am a fan. Guap hardly fans out,as you all know. Especially since I am a fucking egomaniac, however, sometimes it’s healthy to be like, “WOW” over someone or something other than your own penis. This SICK BOY song ( oddly enough I have this same slogan tattooed on my lower back ), feels to me like a very direct commentary on the mental health of America at the moment. Hats off to them boys. Give this a spin and stop being stoooopiiddd.

GUAP. OUT.
This entry was posted in Music, Videos and tagged sick boy, The Chainsmokers. Bookmark the permalink.

The Lakers lastly have their man: Anthony Davis is traded to Los Angeles