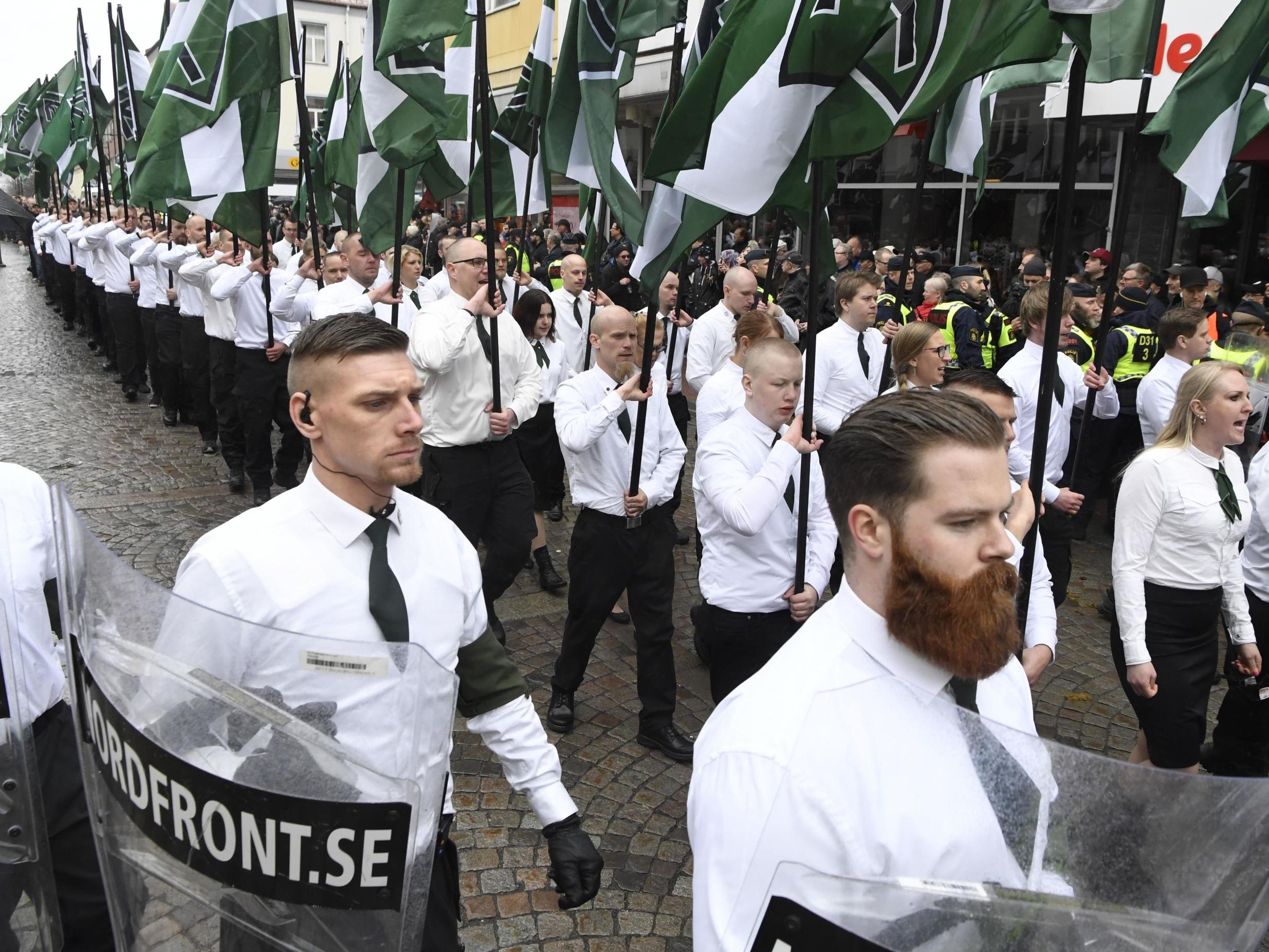 Protesters threw stones, fireworks and smoke grenades as neo-Nazis gathered for rally in Sweden on May Day.

The violence broke out after around 250 members of the Nordic Resistance Movement (NMR) marched through the city of Kungalv.

Police attempted to protect the group – which had been granted official permission for the parade – by surrounding them with officers, cars and horses.

“As the NMR was passing the place where the counter-demonstrators were located, bangers were thrown at the procession,” the police said in a statement.

“Cobble stones were also thrown at police on the scene.”

No officers were injured but at least 61 people were detained in connection with the demonstrations, according to police.

Several neo-Nazis were also detained for offences including incitement against ethnic groups and disorder.

Police estimated that around 500 people took part in the unauthorised counter-demonstration.

Some were dressed as clowns or carried rainbow flags while others wore black clothing of the Antifa group. At least one was arrested for breaching an order banning the use of face masks.

Sweden’s culture minister Amanda Lind, a member of the pro-immigration Green Party, joined one of the official counter-demonstrations.

“It is so important that we show how many there are of us and that there are more of us than of the Nazis,” she told reporters.

“I do not believe that we will beat the Nazis by staying quiet.”

Kungalv is regarded as one of the strongholds of the Swedish NRM, although it failed to win any council seats in the city in last year’s elections.

Telefon Tel Aviv to release very first LP in a decade, Dreams Are Not...