This is an excerpt from Second Opinion, a weekly roundup of eclectic and under-the-radar health and medical science news emailed to subscribers every Saturday morning. If you haven’t subscribed yet, you can do that by clicking here.

It’s a cliff-hanging, nail-biting ending that nobody saw coming.

What’s at stake is a law that would protect children from being targeted with advertising for foods that are high in sugar, fat and salt.

But the legislation (Bill S-228) has been caught in a late-stage drama in the halls of the Canadian Senate, where a powerful coalition of advertisers, food processors, and retailers is in the midst of an eleventh-hour lobby campaign.

With the clock ticking toward the end of the current government, any unfinished business is doomed to die on the order paper.

In a confidential letter seen by CBC News, the industry group is asking senators to continue to “withhold your concurrence” on Bill S-228 — which has been ping-ponging around the Senate chamber since it arrived last fall for what was expected to be a simple final vote. 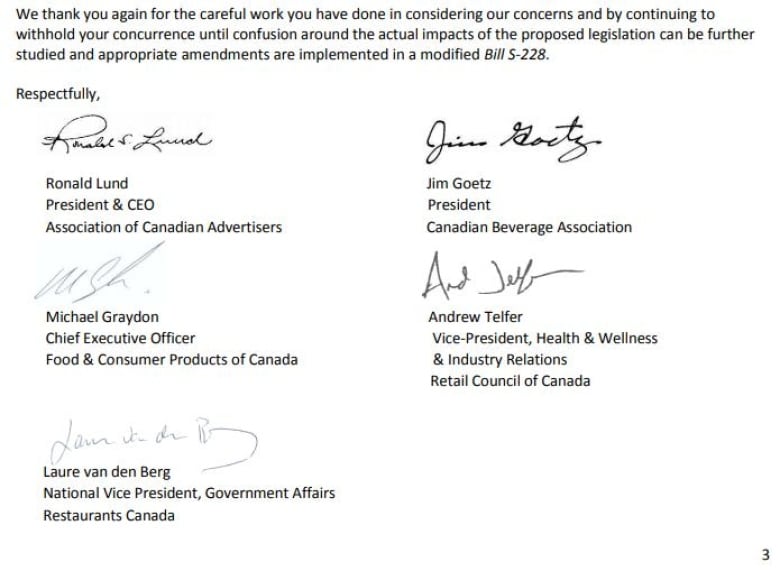 Since October, Bill S-228 has been raised on the Senate floor four times, and, each time, a different senator has moved that it be adjourned.

“It seemed to have all-party support. We were planning our celebrations for October of 2018, and then just thud, it grinds to a halt,” said Dr. Tom Warshawski, a pediatrician in Kelowna, B.C., who’s also chair of the Childhood Obesity Foundation and co-chair of the Stop Marketing to Kids Coalition.

What happened? A combination of industry lobbying and politics. 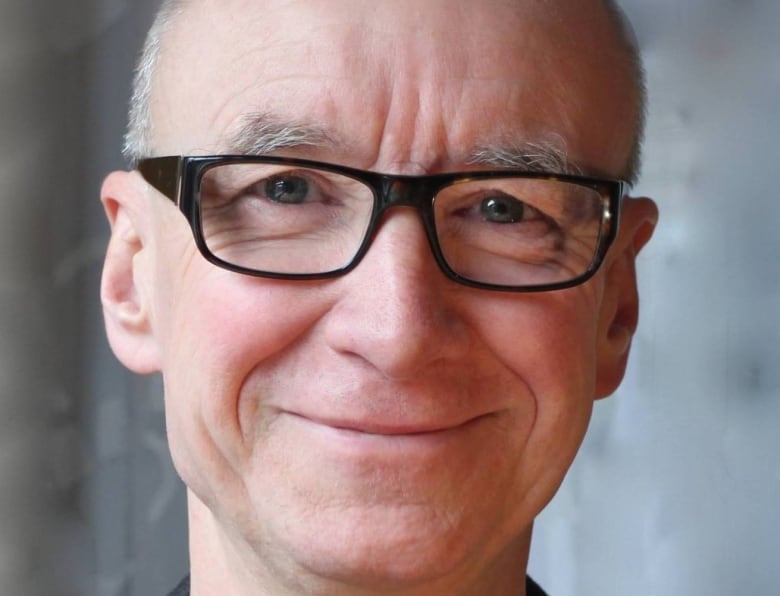 Sen. Tony Dean from Ontario, appointed by the Liberal government in 2016, is concerned about the Senate tactics being used to delay the bill restricting food marketing to children. (Marie Boutilier)

“It hurts, actually,” said Greene Raine, now retired. “I worked across party lines in developing the legislation, and it has the support of the Liberals.

“And so now, it’s almost like the Conservatives are saying it’s a Liberal-supported bill.”

If it hasn’t passed, an election will be called and it will die on the order paper. It’s just so sad.— Nancy Greene Raine , former senator and Olympian

For a private member’s bill, it made surprising progress, first through a Senate committee hearing and three Senate readings.

Then it moved to the House of Commons, where it was embraced by the Liberal government, becoming a pillar of Health Canada’s healthy eating strategy, along with the new Canada Food Guide and front-of-package labelling.

After another committee review and three more votes in the House, Bill S-228 was sent back to the Senate in September for what was expected to be a quick final approval.

Greene Raine, now retired, is watching anxiously as the days tick by toward the end of the session. The Senate is expected to rise at the end of June.

“If it hasn’t passed, an election will be called and it will die on the order paper. It’s just so sad,” she said.

Bill S-228 would amend the Food and Drugs Act to limit television advertising of highly processed foods during times when children are watching. There would also be limits on displaying certain foods, such as sugar-based cereals, at kid level in the grocery aisle.

The bill has been amended along the way. The target age for the marketing restrictions was lowered from 16 to 13. There were also concerns that restricting food marketing to kids could interfere with corporate sponsorship of youth sports teams, but that matter has also been addressed.

Holding up a vote indefinitely is probably not what Canadians think they’re paying us for.— Sen. Tony Dean

“Now it’s caught up in the partisan politics of the Senate,” said Warshawski, the pediatrician in Kelowna, who also wrote an op-ed column about the situation.

“What we’ve heard is that the Conservative senators are not in a mood to pass anything which may make the federal Liberal government look good.”

Add to that the industry lobby group — the Association of Canadian Advertisers (ACA) — asking to meet next week with individual senators, and time is running out.

“Our concerns have not been considered or acknowledged at Health Canada, and as there is limited time left on the legislative calendar, we find it necessary to continue our outreach, and this includes appealing for the thoughtful consideration of the Senate,” Ron Lund, president and CEO of the ACA, said in an email to CBC News. 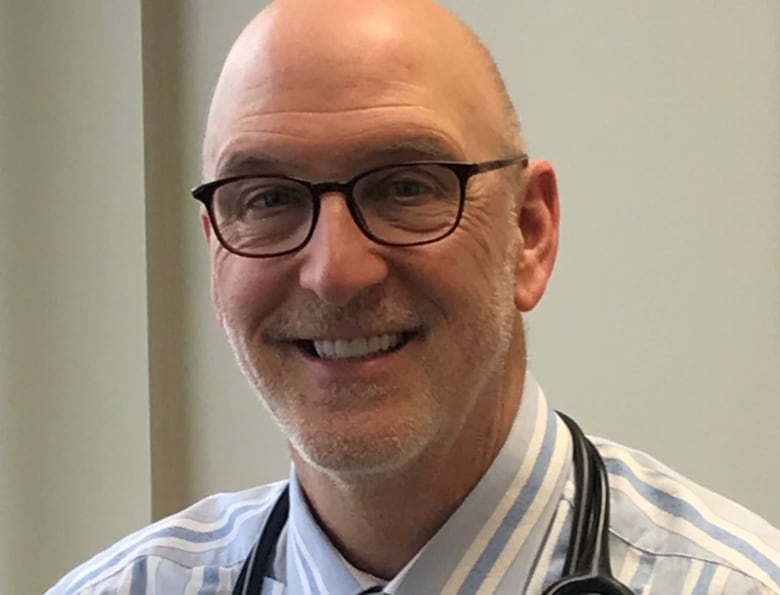 Dr. Tom Warshawski, a pediatrician and chair of the Childhood Obesity Foundation, is worried that partisan Senate politics will kill a new law aimed at restricting food advertising to children. (Tom Warshawski)

“In doing so, our objective is not to delay the bill so it does not pass before the Senate rises, rather to ask that senators continue to push Health Canada to consult carefully and extensively with all stakeholders on the regulations needed to responsibly achieve the government’s objective.”

According to documents Health Canada has made available under its transparency initiative, government officials have held more than three dozen meetings with stakeholders, including the members of Lund’s coalition, since January 2017.

“It’s been studied extremely thoroughly over a three-year period,” said Warshawski. “They just want to stall it with the hope that it doesn’t get passed at all.”

“The chances of it being passed and approved and becoming law are up in the air, really,” said Sen. Dean.

“Holding up a vote indefinitely is probably not what Canadians think they’re paying us for.”