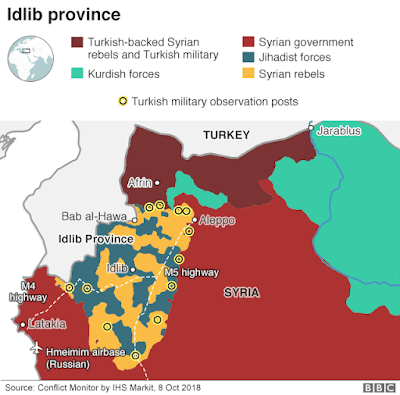 GENEVA — A senior United Nations official warns the alarming escalation of hostilities in northern Syria’s Idlib province could spiral out of control with disastrous consequences for its three million civilian inhabitants.

The recent uptick in violence in Syria’s northern Idlib province is causing alarm among U.N. and international observers. Over the past two weeks, at least 100 civilians reportedly have been killed or injured in clashes between Russian-backed Syrian forces and al-Qaida associated rebels.

Dozens of medical and health facilities, as well as schools have been hit by airstrikes and more than 180,000 people reportedly have fled their homes toward supposedly safer areas.

More News On the Battle For Idlib Province

bitchy | Halle Bailey, 19, was solid as Ariel in ‘The Little Mermaid’ live-action...