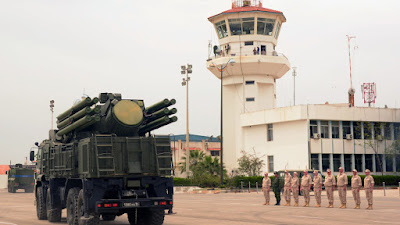 Al-Nusra terrorists on Wednesday fired 17 missiles at Russian Khmeimim airbase in Syria, all of which had been either intercepted or fell brief. The attack came as the Syrian Army faced a mass militant offensive in the Idlib province.

Nine missiles had been intercepted by the Khmeimim’s air defense, Russia’s Defense Ministry stated, although eight other folks hit the ground just before reaching the base. The attack, carried out with the use of numerous rocket launcher systems, originated from a terrorist held region in the Idlib province.