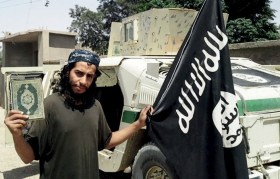 In 2015, Mohamed Elshinawy, a Maryland resident, considered joining Islamic State’s self-declared caliphate in Syria but decided to attack at home instead. Islamic State provided him with several thousand dollars, as well as instructions on how to build a peroxide bomb. But the FBI had been following the money transfer almost from the start, and the feds arrested Mr. Elshinawy before his plot was close to fruition.

This made for a counterterrorism success story. But what if Mr. Elshinawy—or some of the hundreds of other Americans…