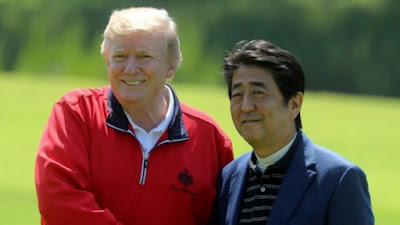 Tokyo (CNN): President Donald Trump tweeted Sunday he doesn’t view North Korea’s short range missile tests as disturbing, a view deeply at odds with his Japanese hosts and in conflict with statements made a day earlier by his national security adviser.

“North Korea fired off some small weapons, which disturbed some of my people, and others, but not me,” Trump wrote on Twitter.

This is a major blow ahead of his meetings with Japanese Prime Minister Shinzo Abe, which are set to begin in a few hours.

The Japanese government has said North Korea’s recent test of short range missiles violated UN resolutions — a determination that national security adviser John Bolton agreed with in Tokyo on Saturday during a briefing with reporters before Trump arrived in Japan.

How a lot privateness can the royals count on?