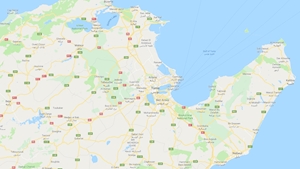 One attacker detonated explosives in a busy business district close to the French embassy in Tunis shortly earlier than 11am on Thursday, apparently focusing on a police patrol.

At the least 5 folks had been injured, together with two officers.

A second bomber struck at an entrance to the anti-terrorism brigade on the outskirts of town at about the identical time.

4 officers had been hospitalised with accidents.

Tunisia has been struck repeatedly by terror assaults.