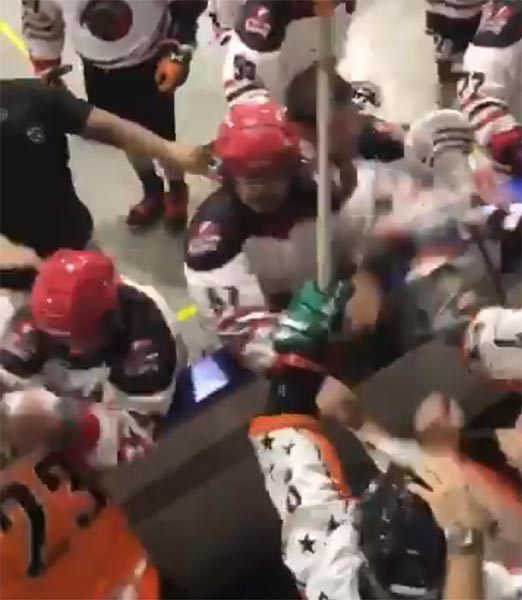 The Ontario Lacrosse Association playoff game involving the Owen Sounds North Stars and Six Nations Rivermen turned into an all out brawl as many players could be observed throwing punches everywhere as refs struggled to include the ruckus. – TO

A bit of a chaotic scene final evening in game 1 of the OLA Sr. B semi final lacrosse series involving the Owen Sound North Stars and the Six Nations Rivermen

…the Rivermen could have to contact up a handful of players to finish this series pic.twitter.com/gYUW0UvAR9

NSFW: An certainly insane brawl broke out at a lacrosse game in Ontario.

The post This Lacrosse Playoff Game Got Out Of Hand (VIDEO) appeared initially on Terez Owens.