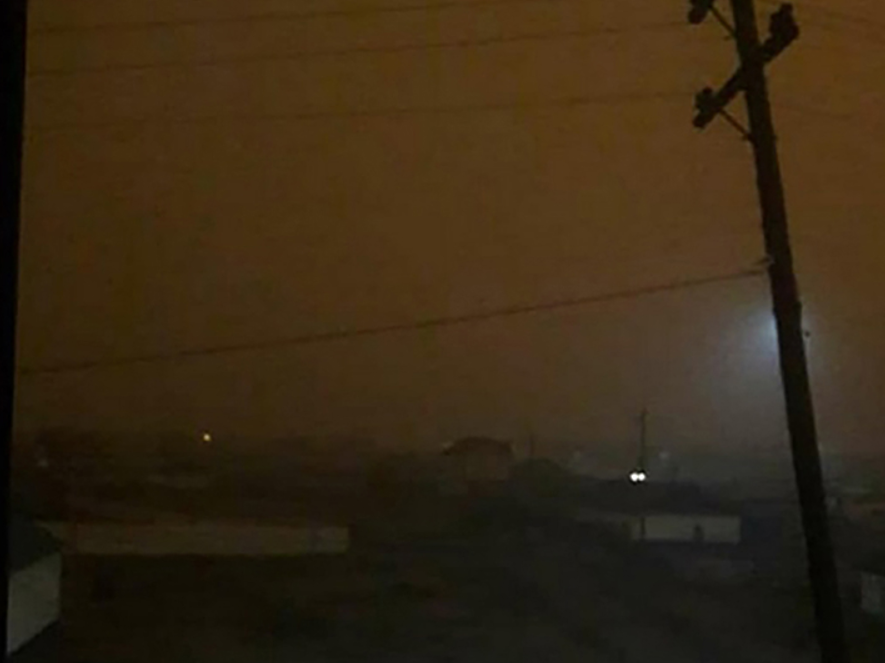 On Friday morning residents of the Verkhoyansk area of Siberia awoke to pitch darkness hours after the sun should have risen.

By 8am, more than four hours after dawn should have broken, an area the size of Italy was reportedly still under entirely black skies and air temperatures had fallen.

Locals in the sparsely populated sub-Arctic region said the darkness had a yellow tinge, the Siberian Times reports.

The mystery was compounded by the fact a similar phenomenon was observed over three huge areas of Yakutia in July last year.

“Is it becoming a weird tradition that every August or July we wake up, panicking, because the sun is off again?’ a resident of the town of Verkhoyansk said.

Weather experts said this time the unexpected blackout was likely to be due to a mixture of thick rain clouds combining with smoke from wildfires raging amid soaring temperatures,

One of the areas affected is the settlement of Oymyakon, which is known as the Pole of Cold, due it being the coldest inhabited place on Earth. But last month the area, where winter temperatures drop to -60C, was sweltering in 32C heat, making it warmer than Majorca or Marbella.

And two days before the sun was blotted out, the head of Yakutia, Aisen Nikolayev, asked Russian Prime Minister Dmitry Medvedev to allocate an extra 390 million rubles (£5m) to help tackle a huge spike in the number of wildfires affecting the region.

A high amount of carbon monoxide in the atmosphere from the fires is believed to have led to the rapid formation of unusually thick clouds, according to Yevgeny Tishkovets, the chief specialist of Russian weather service Fobos.

“This situation can be compared to what is happening during cloud spiking which is done to cause rain,” Mr Tishkovets said to the Yakutia-24 TV channel, according to the Siberian Times.

“The cloud cover was as thick as it can possibly be, add to this the wildfires smoke and precipitation. This is still, of course, rather approximate and we need to analyse what happened in a lot more detail,” he said.

The Fobos weather centre said very high levels of carbon monoxide were detected in the region, reaching 7.19mg/m3 while the allowed maximum in the air is 5mg/m3.

Currently the heaviest wildfires are in the south of the region, with the smoke moving north.