Coach Doug Marrone did the same during training camp. So did offensive coordinator John DeFilippo.

They like Minshew’s football IQ, how quickly he picked up the offense, the way he takes it from the meeting room and applies it on the field, and his mental toughness. The Jaguars are impressed enough that they didn’t bother looking for a veteran to serve as Nick Foles’ backup.

Everything you need for a successful fantasy football season. Check it out!

That seems to be a big risk, given Foles’ injury history. The Jaguars hope Minshew won’t throw a regular-season pass in 2019, but if he does, they feel pretty good about their sixth-round draft pick’s ability to handle himself and lead the offense.

“The thing about Gardner is — I’ve said this before — out of all the players that I’ve been around — and I’m talking about offensive linemen, offensive players that I’ve been in meetings with and taught an offense or taught a technique or anything like that — what’s really unusual about him is he can take that information and go out on the field and really know what you want,” Marrone said. “That’s unique. A lot of times, you kind of have to walk through it, you have to see it, you have to do it. But he’s a guy that has an opportunity that you can tell him what you want in a classroom, and he can go out on the field and pretty much know exactly what you want.”

Minshew has played 83 snaps in the first two preseason games and completed 58% of his passes for 248 yards. He hasn’t led the offense on a touchdown drive, but he hasn’t thrown any interceptions either. (He did lose a fumble.)

Minshew also showed significant progress from his first game to his second. DeFilippo said he challenged Minshew to get better from an operational standpoint — get the play call, relay it to the offense, avoid dropping a snap, avoid delay-of-game penalties — in his second preseason game. DeFilippo also opened up the offense a bit more, calling more than 30 pass plays.

He said he wanted to see improvement, and he did.

“You go into a rookie’s first game not wanting to put him in harm’s way too often if possible,” DeFilippo said. “Now, he took some big-time hits, and we had some things go on, some snafus go on during the game. That’s going to happen in the first preseason game, but then as you go along, you feed him more, and you give him more, and you see what he can handle, and I thought he did a fantastic job the other night for the majority of the game.

“There’s some plays we wish we could have back, but I think you see his football IQ and his reaction time really quicken up as he plays more.”

Although the starters are likely to play for the first time this season on Thursday in Miami, DeFilippo wants to see better situational awareness from Minshew against the Dolphins. He doesn’t want to see a sack on third down to push the Jaguars out of field-goal range, as he did last week.

Every rookie quarterback has to go through those things. What might speed up Minshew’s learning curve is how quickly he understood the offense. That shouldn’t be a surprise, considering he learned three different systems in college, including picking up Mike Leach’s offense at Washington State and winning the starting job, even though he didn’t enroll until late in the summer.

“We have some unique things we do in terms of when we break the huddle. The quarterback has a few different options on certain routes that he can signal a receiver off the leverage of a defender, and he’s been able to pick up some of the nuances faster than other young quarterbacks I’ve worked with,” DeFilippo said. “And I’ve been very fortunate [in that] I’ve worked with some pretty good young quarterbacks: Carson Wentz, Derek Carr, and I’m sure I’m leaving somebody out. Those are two pretty good players.

“But [Minshew has] done a good job, and he needs to keep grinding.”

Especially because the Jaguars might need him. Foles has gone into a season as his team’s unquestioned starter just twice, and each time he failed to finish the season. He suffered a broken collarbone in Week 9 in 2014 with Philadelphia and was benched for Case Keenum after nine games the following season with St. Louis. He later played while Keenum was out with a concussion, but he went back to the bench when Keenum was cleared. 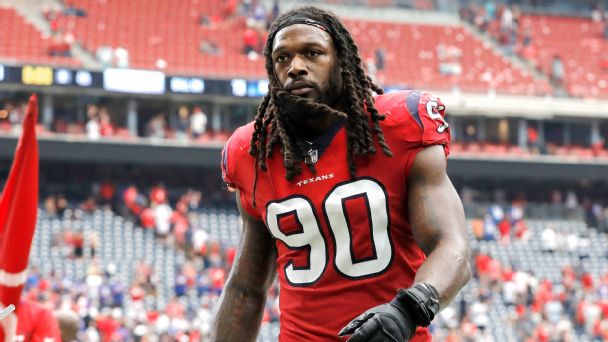 Foles has also dealt with other injuries that have kept him out of games. He missed the finale of his rookie season because of a broken hand and said this week that an elbow injury kept him out of the 2017 preseason with the Eagles.

He said he no longer has any issues with his elbow and feels pretty good, despite a larger number of reps in practice to make up for his not appearing in the first two preseason games.

“Obviously, if you play football, you’re going to have bumps and bruises and get soreness,” Foles said. “But my body feels great. I do everything I can to monitor [my health] — a clean diet and do great recovery.”

The hope is that Foles will be able to take every snap in 2019, unless, of course, Minshew gets mop-up duty in a game that’s out of hand. But Marrone has confidence in Minshew if the QB is needed to play meaningful snaps or start a game.

“It’s just a matter of, can he do it at that level at a consistent basis?” Marrone said. “He’s young. Again, a lot of times, it’s just being mentally tough and not caving in to the stuff on the outside, the noise. That happens to a lot of people. I don’t see that in him.

“He is one tough sucker now, so I’m excited. I really am. I like the kid.”

A survey of protesters and the army

When Does Season 15 of Criminal Minds Premiere?