A widely publicized study this year confirmed what anyone paying attention to the industry has long known: Country music is a boys’ club. Back in April, USC’s Annenberg Inclusion Initiative published its study No Country For Female Artists: Artist & Songwriter Gender On Popular Country Charts From 2014 To 2018, which found that only 16% of artists on the charts were women. Dr. Stacy L. Smith’s team also found that the average age of women on the chart was 29, compared to an average of 42 among men, that women comprised only 12% of the songwriters behind all those hits, and that women account for only 15% of nominees for ACM Awards between 2015 and 2019 were women. These stats arrived just months after Billboard’s Country Airplay chart posted an all-male top 20 for the first time since 1990.

As anyone paying attention also knows, this is not for lack of viable female artists. The bench is much deeper than just Miranda Lambert and Carrie Underwood, yet those veteran brand names remain some of the only mainstays on the airwaves. The debate has raged in circles for years: People concerned about the radical gender imbalance wonder why worthy women such as Kacey Musgraves, Ashley McBryde, and Margo Price are deprioritized or excluded entirely from radio playlists, and then the program directors, label execs, and others in power respond with the same chicken-or-egg rhetoric about market demands. The awards shows keep on overwhelmingly nominating men, the festivals keep overwhelmingly booking men, and the radio stays overwhelmingly spinning them.

So the timing is right for what amounts to an all-female country music Avengers: The Highwomen, an alliance between Brandi Carlile, Maren Morris, Amanda Shires, and Natalie Hemby. It’s unclear whether the quartet, whose self-titled debut album drops tomorrow, will make a dent in mainstream country’s male hegemony. Maybe they’ll send a song to the top of the country charts like their namesake the Highwaymen — the outlaw country supergroup comprising Johnny Cash, Waylon Jennings, Willie Nelson, and Kris Kristofferson — did in 1985. Maybe they’ll be the four horsewomen of the country music apocalypse, tearing down the old structures and building up new ones. Or maybe they’ll just be a beacon for other women who aspire to excel in the country scene. What’s clear is that not only do the four women in this band have a firm grasp on country music history, they dare to embody a different future for the genre, in ways that go far beyond mere inclusion for their gender.

The best teams comprise a wide range of complementary talents, and the Highwomen certainly qualify. Carlile, Morris, Shires, and Hemby demonstrate how versatile Nashville’s pool of leading ladies can be. Shires, who conceived the project, is an Americana lifer who has played violin with the Texas Playboys and her husband Jason Isbell and whose own records err on the side of Southern rock. Her first recruit, Carlile, is a veteran singer-songwriter whose most recent album was a favorite of both the Grammys and Barack Obama. Hemby is an in-demand Nashville songwriter who has written hits with Lambert, Musgraves, and others and contributed to last year’s A Star Is Born soundtrack. And Morris is one of the few women in Nashville who’ve managed to infiltrate the country mainstream, scoring radio hits and even crossing over to pop on Zedd’s single “The Middle” last year.

In a great New York Times feature this week, the Highwomen pointedly describe their band as a movement, an act of solidarity among women in country. Shires says she thought of the Highwaymen when considering who’d previously had success subverting the expectations of the Nashville machine: “Wanting to do things their own way is what we’re sort of trying to mime. And just to have somebody to share in the glories with, you know? It can be kind of a lonely thing out there by yourself.” Their sisterhood extended to forebears like Sheryl Crow, who plays bass and sings on the album, and the black British singer Yola, a rising Nashville fixture who guests on the group’s eponymous anthem.

“Highwomen,” which interpolates the Highwaymen’s hit “Highwayman,” was the first song written for the project. Verse by verse, it narrates the stories of women who died under oppression: a Honduran asylum-seeker, a healer burned at the stake in the Salem witch trials, a Freedom Rider, a female preacher. As Carlile told the NYT, “I just thought, what if it were all women who died in these historically persecuted ways?” In the final verse, everyone’s voice comes together to proclaim, “We are the Highwomen/ Singing stories still untold.” It’s a stirring statement of purpose that animates the rest of the album.

From there we get a set of songs that depict modern womanhood in all its complexities. Lead single “Redesigning Women” is a saucy look at transforming that experience in real time. Its follow-up “Crowded Table” finds them belting in unison about their desire for a world where people aren’t cordoned off into their tribes. The waltzing ballad “If She Ever Leaves Me” is one of the more sophisticated love songs in recent memory, while “Don’t Call Me” sets aside nuance in its dismissal of asshole ex-boyfriends. The honkytonk romp “My Name Can’t Be Mama” explores the trials of working mothers, while Shires and her violin profess love for her daughter on the tearjerker “My Only Child.”

Separately and especially together, these songs embody the ethos the Highwomen are aiming for: the camaraderie, the inclusiveness, the sense of a jukebox full of classic country records being mined for inspiration. Contributing to that sense of community is the songwriting process, for which the various Highwomen aligned in different combinations with an expanded roster of all-star collaborators including Isbell, Lori McKenna, Ray LaMontagne, and Lambert, whose own supergroup Pistol Annies with Ashley Monroe and Angaleena Presley stands as the Highwomen’s most direct forebear.

All that love and care paid off. The Highwomen feels like an entire subset of the Nashville scene rallying together to make a statement. On punchy highlight “Loose Change,” Morris sings about being devalued by a man, ultimately proclaiming, “I’m gonna be somebody’s lucky penny someday/ ‘Stead of rollin’ ’round in your pocket like loose change.” Whether or not the album yields hits, The Highwomen is already fulfilling that promise writ large. The album is a creative triumph and a meaningful cultural artifact; the joy and resilience emanating off it is worth a fortune. 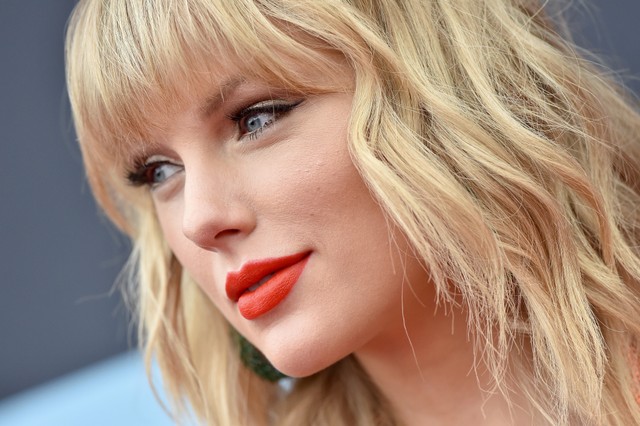 Taylor Swift’s Lover has posted the most massive first-week numbers of 2019. Lover enters the Billboard 200 at #1 with 679,000 in sales and 867,000 equivalent album units in its opening frame — the biggest figures since Swift’s own Reputation debuted with 1.216 million in sales and 1.238 million units overall back in 2017. The new album’s first-week total represents 27% of all US album sales last week. You may notice that her sales have still been basically cut in half since last time around; given that she still boasts 2019’s best numbers by far, I’d guess that has more to do with consumption habits/the state of the industry than Swift’s decline, though like many armchair rollout coordinators, I imagine she’d have moved a few more copies if she’d chosen different advance singles.

Young Thug’s So Much Fun falls to #2, followed by Brockhampton’s Ginger, debuting at #3 with 77,800 units and 57,000 in sales. It’s their second top 10 album following last year’s chart-topping Iridescence. Jeezy’s up next with a #4 debut for TM104: The Legend Of The Snowman via 53,800 units/24,600 sales. Lizzo’s Cuz I Love You reaches a new #5 peak. The rest of the top 10 comprises Billie Eilish, Quality Control’s Control The Streets, Vol. 2 comp, Ed Sheeran, Chris Brown, and Shawn Mendes.

Meanwhile on the Hot 100 we have our third new #1 single in as many weeks. Lizzo’s “Truth Hurts” becomes her first #1 hit, nearly two years after its release in September 2017. After being featured in the Netflix film Someone Great, which premiered in April, “Truth Hurts” caught fire, blowing up bigger than any of the singles from her recently released Cuz I Love You. Eventually the song was added to that album as a bonus track. It has benefitted in recent weeks from performances on Today and the VMAs as well as a pair of remixes. Some context from Billboard:

While it’s rare for a song to top the Hot 100 relatively long after its original release, among other examples, UB40’s “Red Red Wine” hit #1 in 1988 thanks to renewed radio airplay and sales after it first reached #34 in 1984. “Truth Hurts” is also in good company with the Hot 100’s all-time top #1: Chubby Checker’s “The Twist” led in 1960 and again, after it grew in popularity among adult audiences, in 1962 (and is the only song to have topped the Hot 100 in two release cycles).

Camila Cabello – “Shameless” & “Liar”
“Shameless” is immediately one of my favorite pop songs of the year, direct in its pleasures but complex in its execution. It rules. “Liar” is good too, but I’m glad it’s not a standalone lead single.

Post Malone – “Circles”
Ever since esteemed critic and Stereogum contributor Larry Fitzmaurice compared this song to Broken Social Scene’s “Pacific Theme,” I can’t unhear it. I’m not sure Posty doing his quivering yodel thing over an easy-listening BSS instrumental is my idea of a good time, but now I definitely want to hear his answer to “KC Accidental.”

Louis Tomlinson – “Kill My Mind”
Tomlinson is the one member of One Direction who hasn’t scored a hit since the band split up. Looks like he might get it by basically releasing an Oasis song. I am here for it, and I cannot wait to hear Liam and Noel’s response to it.

Bebe Rexha – “Not 20 Anymore”
The testimonial interludes in the video crowd out the actual music a bit, so I recommend hearing “Not 20 Anymore” without them. It’s a smart concept, an affirmation that, even if Vampire Weekend’s “Step” isn’t wrong about the perils of aging in our culture, there are benefits to having some years behind you. I’m not a big fan of minor-key mid-tempo ballads, but in this case Rexha sells the drama.