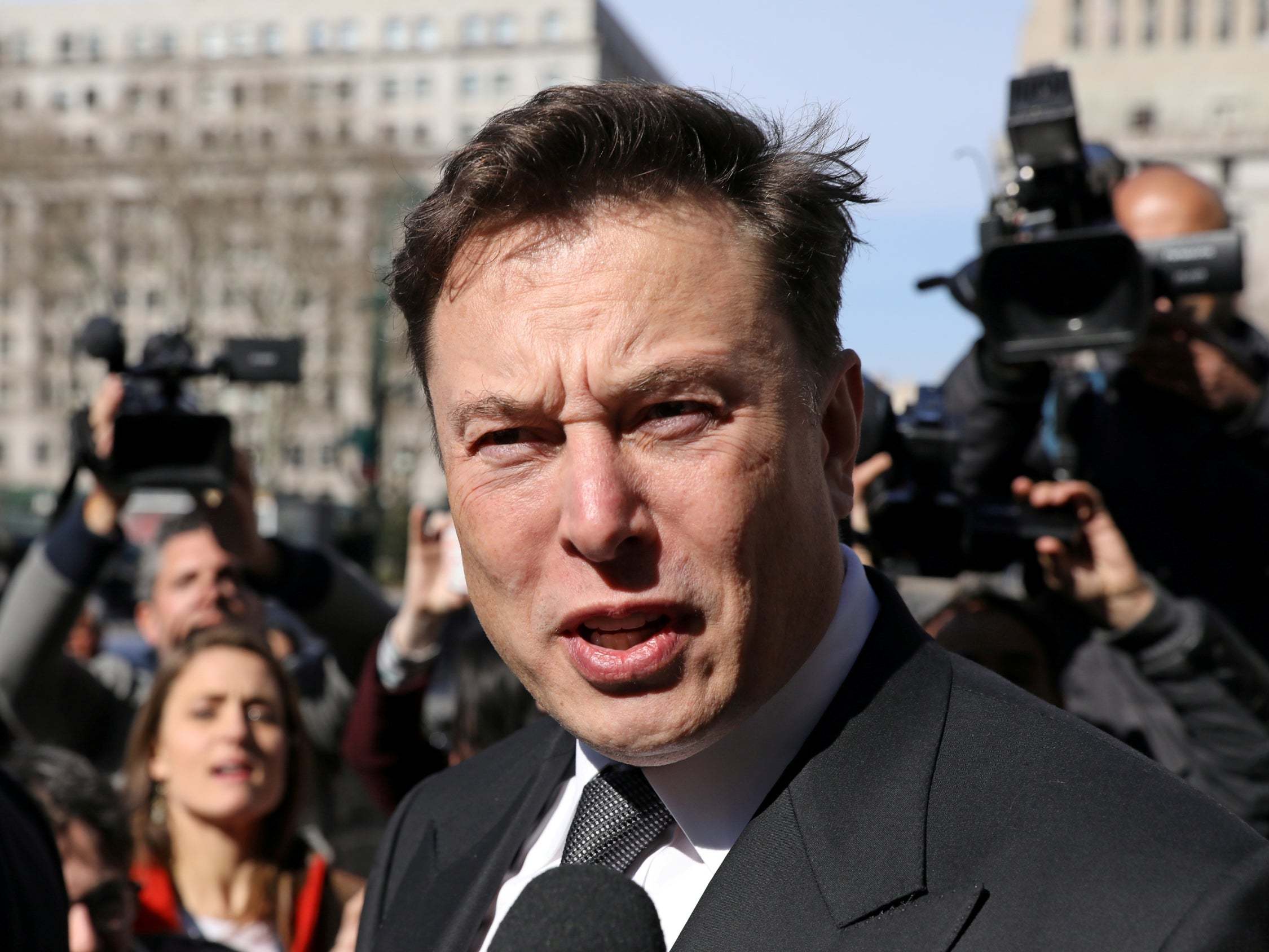 Elon Musk has claimed a tweet in which he labelled a British diver “pedo guy” was not meant to suggest he was a paedophile.

The Tesla founder insisted the remark was a “common insult,” according to a US court filing lodged in response to a defamation lawsuit.

He is being sued by Vernon Unsworth, a diver who was part of a team who rescued 12 boys and their football coach from a cave in Thailand in July last year.

Musk smeared Mr Unsworth on Twitter after he dismissed the billionaire inventor’s offer of a mini-submarine to help save the boys as a “PR stunt”.

He apologised, but subsequently doubled down on the attack by groundlessly calling the diver a “child rapist” in an email to BuzzFeed News. Mr Unsworth sued two months later in a Los Angeles federal court.

Musk sought to have the legal action dismissed in a court filing on Monday. He claimed “pedo guy” was “a common insult used in South Africa when I was growing up”. He said the expression was synonymous with “creepy old man” and was used to insult a person’s appearance and demeanour.

“I did not intend to accuse Mr Unsworth of engaging in acts of paedophilia,” added Musk, who grew up in Pretoria. “In response to his insults in the CNN interview, I meant to insult him back by expressing my opinion that he seemed like a creepy old man.”

Musk claimed his August 2018 email to a BuzzFeed News journalist, who he told to “stop defending child rapists,” was based on an aide’s summary of a private investigator’s report on Mr Unsworth and that he did not know at the time the statement was false.

He said the email had been “off the record,” though BuzzFeed News reported at the time that it had not agreed to this condition.

Mr Unsworth’s lawyer, Lucian Lin Wood, described the diver was “a good man whose efforts saved the lives of 13 people”. He said he would reply to Musk’s court filing in three weeks.

“I’ll keep my powder dry for now, but I can assure you it will be explosive,” added the lawyer, who called Musk’s motion “as offensive to the truth as was his original tweet.”

Mr Unsworth is seeking compensation and punitive damages in a trial scheduled for 2 December.

Musk’s legal team has applied for the diver to be classed as a public figure in matters related to the cave rescue.

That would require Mr Unsworth’s lawyers to show by clear and convincing evidence that Musk’s remarks were made with “actual malice,” a high standard of proof.

The dispute between the pair arose after Musk travelled to the Tham Luang caves in Chiang Rai to present a “kid-sized” capsule submarine to rescuers working to free the young football team, who had been trapped inside for weeks.

Mr Unsworth said the submarine “had absolutely no chance of working” because the inventor “had no conception of what the cave passage was like”. He accused him of attempting to exploit the rescue bid for publicity and told him to “stick his submarine where it hurts”.

Enjoy & Knockout: Brittney Taylor’s Lawyer Tells Remy Ma ‘This Is Severe, Not A...