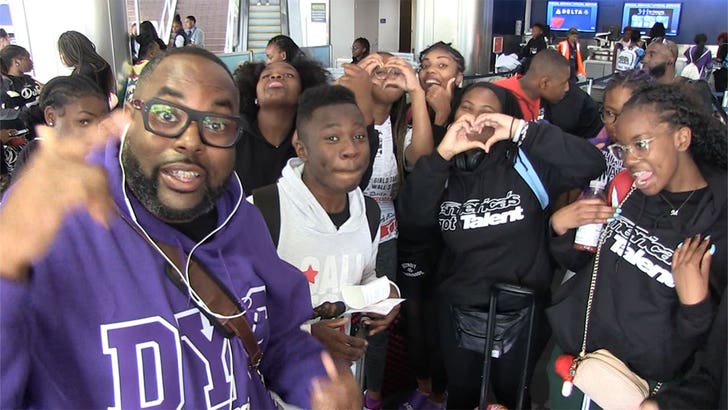 The Detroit Youth Choir is nevertheless feeling superior following finishing second on “America’s Got Talent” … so superior in truth, they are singing like winners and searching for a collab with some big acts.

We got the youngsters and their director at LAX Thursday as they headed back to Michigan following their efficiency on the ‘AGT’ finale, and the group was something but sour about taking house the silver.

DYC tipped its cap to the new ‘AGT’ champ, Kodi Lee, but to prove how proud they are of themselves, they gave us a taste of what got ’em so far. They busted out a handful of acapella bars of Macklemore and Ryan Lewis‘ hit song, “Cannot Hold Us.”

Our guy asked who they want to get in the studio with now that they have some cred in the biz and they shout out some of their hometown heroes — Large Sean and Eminem.

They also threw in a Chicago wonderful, but absolutely everyone back house in the D can unwind … the Motor City crew focused their pitch on Sean.

Verify out the clip … regardless of what the judges mentioned, these youngsters got talent!!!

Ashley Benson Meets Up With Derek Beckman For Lunch in LA