The Welsh singer-songwriter Cate Le Bon released her outstanding album Reward this year, and that is only a single of the terrific 2019 records she’s been involved with. Le Bon also co-made Deerhunter’s most current album Why Hasn’t Every thing Currently Disappeared? in Marfa, Texas in the spring of 2018. Throughout that similar time period, Le Bon and Deerhunter’s Bradford Cox have been performers in residence at the Marfa Myths festival, a posting that resulted in the two of them also recording a collaborative EP. This fall, about a year and a half soon after it was recorded, that EP is lastly coming out.

As you could possibly guess primarily based on the title, Myths 04 is the fourth in a series of collaborative EPs recorded at Marfa Myths. (Preceding installments have come from Dungen and Woods, Ariel Pink and Weyes Blood, and Connan Mockasin and Dev Hynes.) Myths 04 capabilities playing from Le Bon’s DRINKS bandmate Tim Presley, Warpaint’s Stella Mozgawa, Sweet Baboo’s Stephen Black, and Samur Khouja. Its lead single is a beautiful tiny baroque pop tune named “Secretary.” Le Bon mainly requires the lead on this a single, but there’s a spoken-word bit from Cox at the finish that reminds me of the Fiery Furnaces. It is very good!

Marfa is an extraordinary town. It feels like practically nothing else exists when you are in it which is each comforting and unnerving. We committed ourselves to embracing the chaos, surrendering to all moments and moods that travelled via. It is a crude vacation scrapbook shared by all involved, an amalgamation of the modifications in mood and light that shaped the days.

Hear “Secretary” under, exactly where you can also watch “Have A Seat,” director Eli Welbourne’s mini-documentary about Le Bon’s furnishings-constructing residency at Marfa Myths. (We spoke to Le Bon a bit about her furnishings operate in our current interview.) 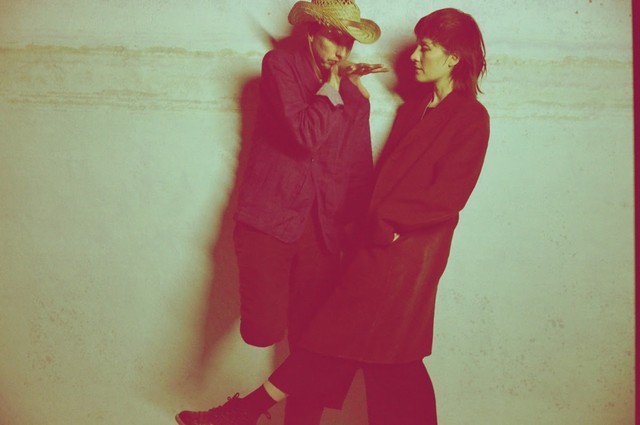