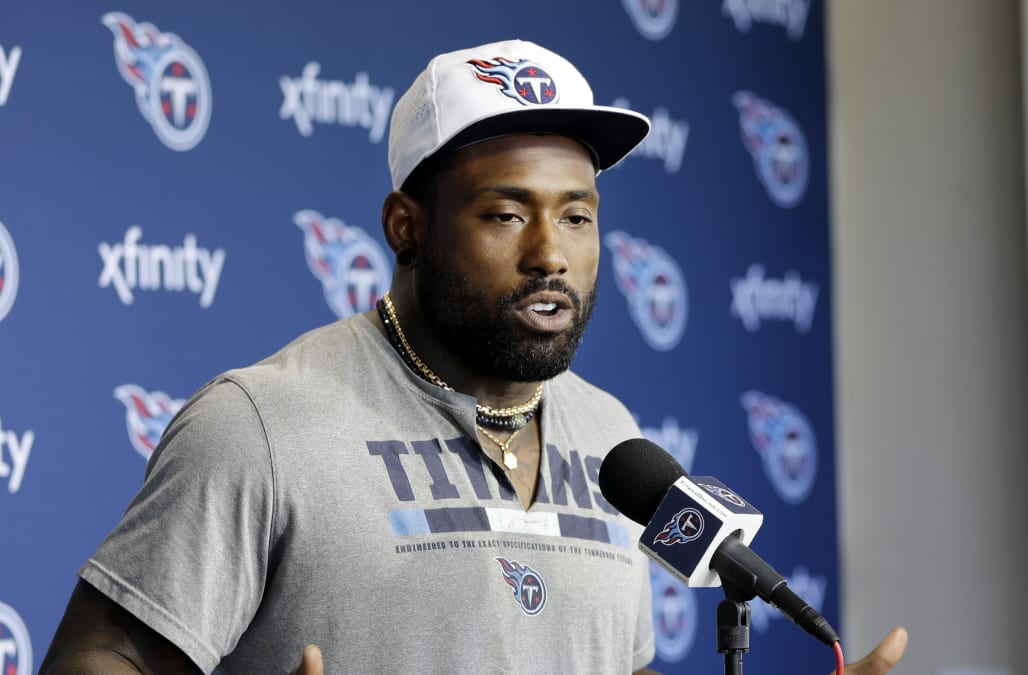 Tennessee Titans tight end Delanie Walker has appeared in 179 NFL games, been named to three Pro Bowl squads, and played for teams on opposite sides of the country. In other words, he’s seen some things in his day.

And in 11 years in the league, he’s seen those same things evolve, and not always to his liking. In particular, he feels like his teammates today can’t take criticism like players used to – this was in regard to the Titans’ 1-2 start.

“When I came in the league in 2006, I know that’s a long time ago, the atmosphere was a lot different,” Walker saidin the locker room Wednesday. “We were 1-2, there would be some pissed-off guys walking around here, calling guys out, team meeting without the coaches. But today’s football? It’s a lot different. A lot of guys can’t take that. A lot of guys don’t want to be called out. They want to fight, they want to be traded. That’s pretty much where we’re going with this game. You can see the rule changes and everything, it’s just different.”

Asked whether today’s culture was a good or bad thing, Walker, 35, said he didn’t know. But he implied the latter, saying he “knows what worked” in his early playing days.

“I really don’t know if it’s a good thing. I’m not sure,” he said. “I know what worked when I came in the league.”

Walker, 10 years his quarterback’s senior, notched two touchdowns in the Titans’ Week 1 win. In the following two losses, he hauled in 11 of his 15 targets for 103 yard. He reportedly sat out Wednesday’s practice with a knee issue.

I see you @hodakotb !!! Just watching the show while I’m doing my rehab 🙂

Love starting my mornings off with pictures of these two! C and P off to school ready to conquer the world together! #chase #parker #twinning

Ladies and gentlemen thank you for flying Patriots airways, we hope to see you again next week. Enjoy your stay in New England.

Somehow I always rise above it… #Prez

Ion see no one but us… ion seem to worry much. #SaintsWin⚜️

“… If you can make one heap of all your winnings And risk it on one turn of pitch-and-toss,
And lose, and start again at your beginnings And never breathe a word about your loss;
If you can force your heart and nerve and sinew To serve your turn long after they are gone,
And so hold on when there is nothing in you Except the Will which says to them: ‘Hold on!’…”
#flyeaglesfly

The bar I set for myself seem always outta sight. Great Win!!

We literally dreamt about this as kids. Truly crazy & never taken for granted!!

Can’t wait to play in front of these fans again 💜💜

”Give thanks in all circumstances; for this is the will of God”

There’s a new “KID” on deck in Seattle… next Griffey Jr. aka “The Kid”
Future Number 1 Pick!
#HomeRun Derby on the weekends. Practice during the week. #TeachEmYoung

When Hina Khan was ‘LOST’ in…

’90 Day Fiance’ spoilers: Are Darcey Silva and Tom Brooks still together? Did the...