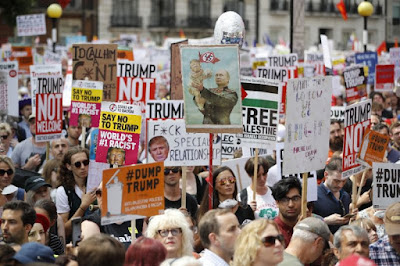 NEO: What superpower does Trump have?

You know that game people sometimes play? The one where you choose which superpower you’d want?

Sometimes the choices are limited, such as in this typical group: “Telepathy, teleportation, super-strength, invisibility or the ability to regenerate your cells.”

But I’ve never seen a list that includes the one Donald Trump seems to possess, which is the ability to drive your enemies crazy and make them do stupid things.

All the exciting of the fair: A guiri’s guide to Spain’s ferias

Macron: Notre Dame to be repaired within five years – France