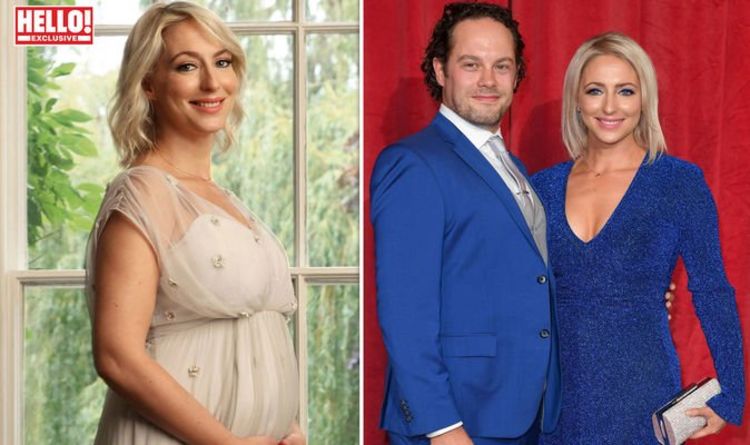 Ali Bastian, 37, has revealed she and husband David O’Mahony, 37, are expecting their very first kid with each other, months just after suffering a miscarriage.

In an interview with Hello! Magazine, the actress confirmed she’s due to give birth days just after their wedding anniversary in March 2020.

Ali, who at the moment stars in BBC Physicians, mentioned: “We really feel extremely fortunate.

“The moment I discovered out, I was so excited I could hardly speak.”

Husband David, also an actor and at the moment appearing in London’s West Finish production of Mamma Mia!, added: “It has been brilliant.”

“We’ve normally wanted youngsters. It is astounding what Ali and Ali’s physique are performing. It is outstanding,” he gushed.

Even though the parents-to-be are celebrating their child news, they went by way of a horrific loss at the finish of final year.

Ali, who is 17 weeks pregnant, opened up for the very first time publicly about the heartbreaking miscarriage the couple suffered on New Year’s Eve.

The mum-to-be mentioned: “It took a even though to course of action it emotionally. I had been so excited – I’d wrapped up the pregnancy test and place it in the Christmas tree for David.”

“I consider I was a bit naive about how fragile it all was,” she admitted.

“I’ve now got to the point exactly where I really feel comfy speaking about it. So quite a few folks go by way of this, which is why we want to be open,” she explained.

The couple tied the knot significantly less than a year ago in a ceremony at Old Marylebone Town Hall in London, joined by celebrity guests which includes Westlife’s Kian Egan and his wife Jodi Albert, who also starred in Hollyoaks.

Ali’s former Hollyoaks co-star Carley Stenson sang as the bride walked down the aisle on a day she described as “the happiest day of my life”.

In an interview with MailOnline earlier this year, Ali gushed more than her husband: “I enjoy David’s kindness – he is so type and thoughtful, to a point exactly where occasionally I’m like, how could I ever be so thoughtful?”

“He tends to make me want to hold up my side of the deal each day.”

The actress mentioned that their shared profession as actors meant they’ve effortlessly created a “mutual understanding” of their busy schedules.

“It’s good that we have that mutual understanding that it is not the common 9-five job,” she explained.

“We grab our moments when we can, we each have to have a degree of flexibility with how points are going to go for us, and every single other, we just adjust based on what’s taking place.”

Study Ali Bastian’s complete new interview in the most up-to-date edition of HELLO! out now.