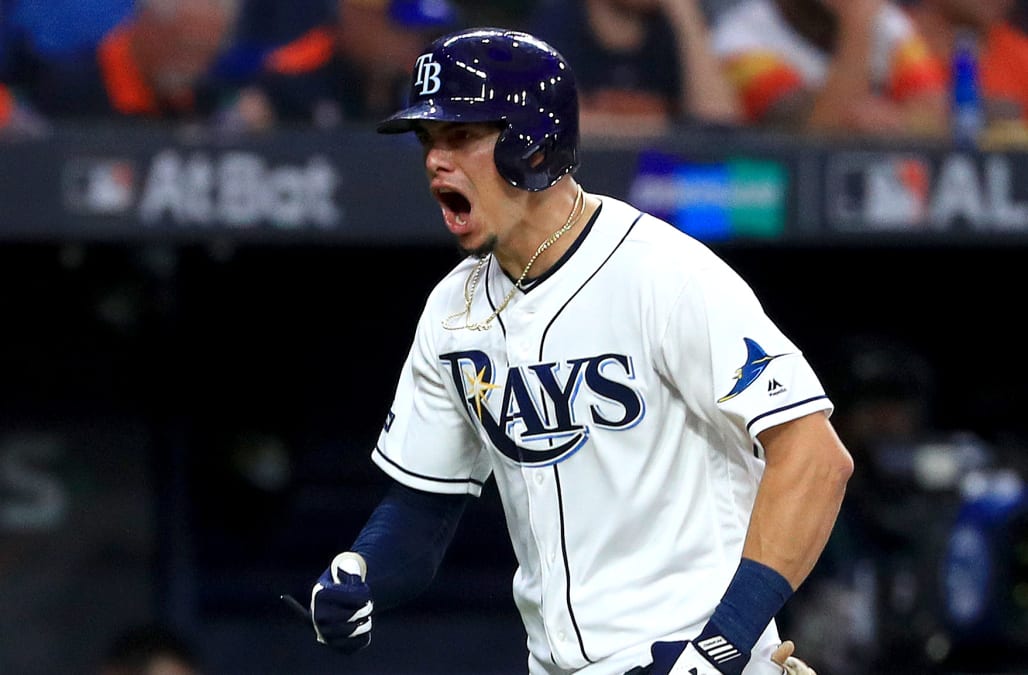 The Tampa Bay Rays headed to Tropicana Field with their backs against the dome, but after another convincing victory, this series is going back to Houston for one final game.

Tampa Bay got to Houston Astros starter Justin Verlander early, while also proving that it’s possible to win with an opener in the postseason. They won 4-1 on Tuesday night in Game 4 of the American League Division Series.

The Rays jumped out to a 3-0 first-inning lead against Verlander on a Tommy Pham homer and RBI hits from Travis d’Arnaud and Joey Wendle. After throwing seven scoreless innings in the Astros’ 6-2 victory in Game 1 on Friday, Verlander started on three days’ rest for the first time in his 15-year career. He was charged with four runs on seven hits and three walks with five strikeouts over 3.2 innings.

Justin Verlander through his career

DETROIT – APRIL 10: Justin Verlander of the Detroit Tigers watches from the dugout during the game against the Chicago White Sox at Comerica Park in Detroit, Michigan on April 10, 2006. The White Sox defeated Tigers, 5-3. (Photo by Mark Cunningham/MLB Photos via Getty Images)

Detroit Tigers pitcher Justin Verlander speaks as he is announced as starting pitcher for Game 1 of the World Series prior to practices in Detroit, October 20, 2006. REUTERS/Brian Snyder (UNITED STATES)

Detroit Tigers starting pitcher Justin Verlander waves a towel at the fans, that he used to wipe shaving cream off him smeared on by teammate Todd Jones, following Verlander’s no-hitter victory over the Milwaukee Brewers during their Interleague MLB baseball game in Detroit, Michigan June 12, 2007. REUTERS/Rebecca Cook (UNITED STATES)

HOUSTON, TX – OCTOBER 21: Justin Verlander #35 of the Houston Astros celebrates with model Kate Upton and the MVP trophy after defeating the New York Yankees by a score of 4-0 to win Game Seven of the American League Championship Series at Minute Maid Park on October 21, 2017 in Houston, Texas. The Houston Astros advance to face the Los Angeles Dodgers in the World Series. (Photo by Ronald Martinez/Getty Images)

HOUSTON, TX – OCTOBER 14: Justin Verlander #35 of the Houston Astros celebrates after striking out Brett Gardner #11 of the New York Yankees in the eighth inning during game two of the American League Championship Series at Minute Maid Park on October 14, 2017 in Houston, Texas. (Photo by Elsa/Getty Images)

The Rays have been the authority on the opener in the past two seasons. The strategy paid off in Game 4 and the Astros were limited to six hits by six different Rays pitchers.

Ryan Yarbrough, who last pitched Saturday, worked two innings in relief of Diego Castillo. They kept Houston scoreless with the aid of some incredible defense. Nick Anderson yielded a hit and struck out a pair over 2.1 scoreless innings in his third appearance of the postseason. Colin Poche, pitching for the second day in a row, got five outs before being chased by Robinson Chirinos’ solo shot in the eighth.

Emilio Pagan pitched the Rays into an uncomfortable spot in the ninth inning, exiting with runners at the corners and one out. Blake Snell, the Game 2 starter who only threw 9.1 innings since July 21, cleaned up the mess with a strikeout of Yordan Alvarez and a Yuli Gurriel grounder to end the game.

Now this series — thought to be an easy Astros victory — is going to be a win-or-go-home Game 5.

WHO MADE THE DIFFERENCE

This one is a toss-up between the Adames relay throw in the fourth and the Rays’ rally against Verlander in the first.

Alvarez drilled a double off Yarbrough to center where Kevin Keirmaier quickly got a relay throw to Adames, who then threw a strike to the plate to nab Jose Altuve. Altuve roped a base hit to left to start the inning, and the Astros looked like they might start to climb out of their early hole.

WHAT THEY’LL BE TALKING ABOUT

Is this Rays resurgence for real? Tampa Bay overcame Verlander, but Gerrit Cole at full strength presents a different challenge. Zack Greinke’s inability to eat up innings in Game 3 likely contributed to the Astros decision to go to Verlander on short rest. The good news for Houston is that they got a great view of “the opener” working in the postseason. This is also the only series in which the home team has won every game. Why would the Rays ever want to leave Tropicana Field?

The New York Yankees await in the ALCS for the conclusion of this series, which will be decided in Game 5 at Minute Maid Park on Thursday at 7:07 p.m. ET. The series finale will likely feature a pair of former Pittsburgh Pirates Cole, who is looking to build on his historic 15-strikeout performance, against the Rays’ Tyler Glasnow, who took the loss against Verlander in Game 1 last Friday.

The (TV) Show Must Go On…: Survivor 38: Edge of Extinction