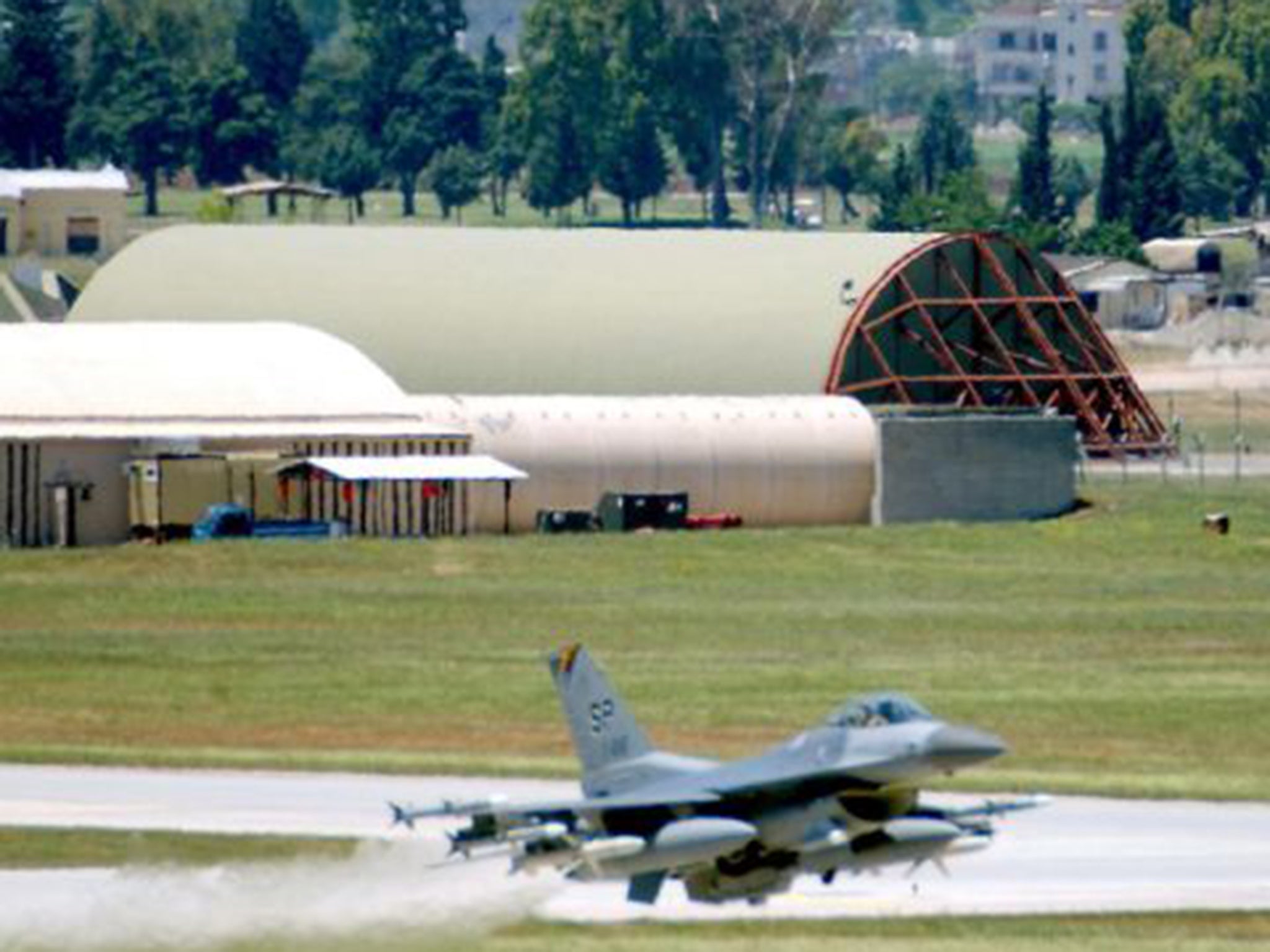 An estimated 50 US nuclear bombs are effectively being held hostage in Turkey as Washington attempts to find a diplomatic way of responding to the country’s invasion of Syria, officials are reported to have warned.

The withdrawal of American troops from northern Syria – creating a power vacuum that has allowed Turkey and Russia to move into the region and displace Washington’s Kurdish allies – has caused international outcry.

And as even his supporters accuse the White House of betraying its allies, Donald Trump has been forced to escalate his opposition to Turkey’s Recep Tayyip Erdogan, threatening to “destroy” his counterpart’s economy and contract America’s alliance with Ankara.

However, the rapid pace of withdrawal and the tumultuous decline of relations between the two countries has left administration officials scrambling to find a plan for the nuclear weapons stored under American control at the shared Incirlik Air Base in south east Turkey, reports said.

Officials from the State Department and Energy Department, which manages Washington’s nuclear arsenal, met at the weekend to consider how they might retrieve an estimated fifty tactical nuclear weapons held at the site, according to The New York Times.

One official told the paper the bombs were now effectively Mr Erdogan’s hostages. It is feared that removing the weapons could signal the end of relations between the Nato allies, while leaving them in place could put the weapons of mass destruction at risk.

The conundrum comes just a month after Mr Erdogan said it was “unacceptable” that Turkey was not allowed its own supply of the weapons under the Nuclear Nonproliferation Treaty the country signed in 1980.

A phone call between Mr Trump and Mr Erdogan last week, and the US president’s subsequent decision to withdraw from Syria after clearing out Isis-held territory, is said to have been described as an “off script” moment by American diplomats.

After announcing the removal of troops to end America’s “endless wars”, Mr Trump has been forced to repeatedly ramp up his rhetoric towards Turkey, calling for a ceasefire and slapping sanctions on top officials.

But this does not appear to have stopped the Turkish campaign. Instead Ankara has continued into the north of Syria to claim territory and target Kurdish militias who have been forced to side with America’s enemies in the Syrian government to avoid complete destruction.

In the process the Kurds have abandoned prisons holding Isis terrorists, with hundreds escaping in the first few days of the assault.

The UN has said that tens of thousands of people have been displaced so far. Reports suggest dozens have died amid accusations of war crimes.

Meanwhile Russia has been able to assert its dominance in parts of the country previously secured by the US, stepping into the void left by the country to serve as a power broker between Turkey and Syria.

Following the withdrawal, the chair of the US Senate’s armed services committee Jack Reed said: “This president keeps blindsiding our military and diplomatic leaders and partners with impulsive moves like this that benefit Russia and authoritarian regimes.

“If this president were serious about ending wars and winning peace, he’d actually articulate a strategy that would protect against a re-emergence of Isis and provide for the safety of our Syrian partners.

“But he has repeatedly failed to do that.  Instead, this is another example of Donald Trump creating chaos, undermining US interests, and benefiting Russia and the Assad regime.”

[PREMIERE] Oscuro – Take Me Down; In conversation with fast-rising producer

First picture of boy, 3, who drowned during family holiday in Alicante – World...