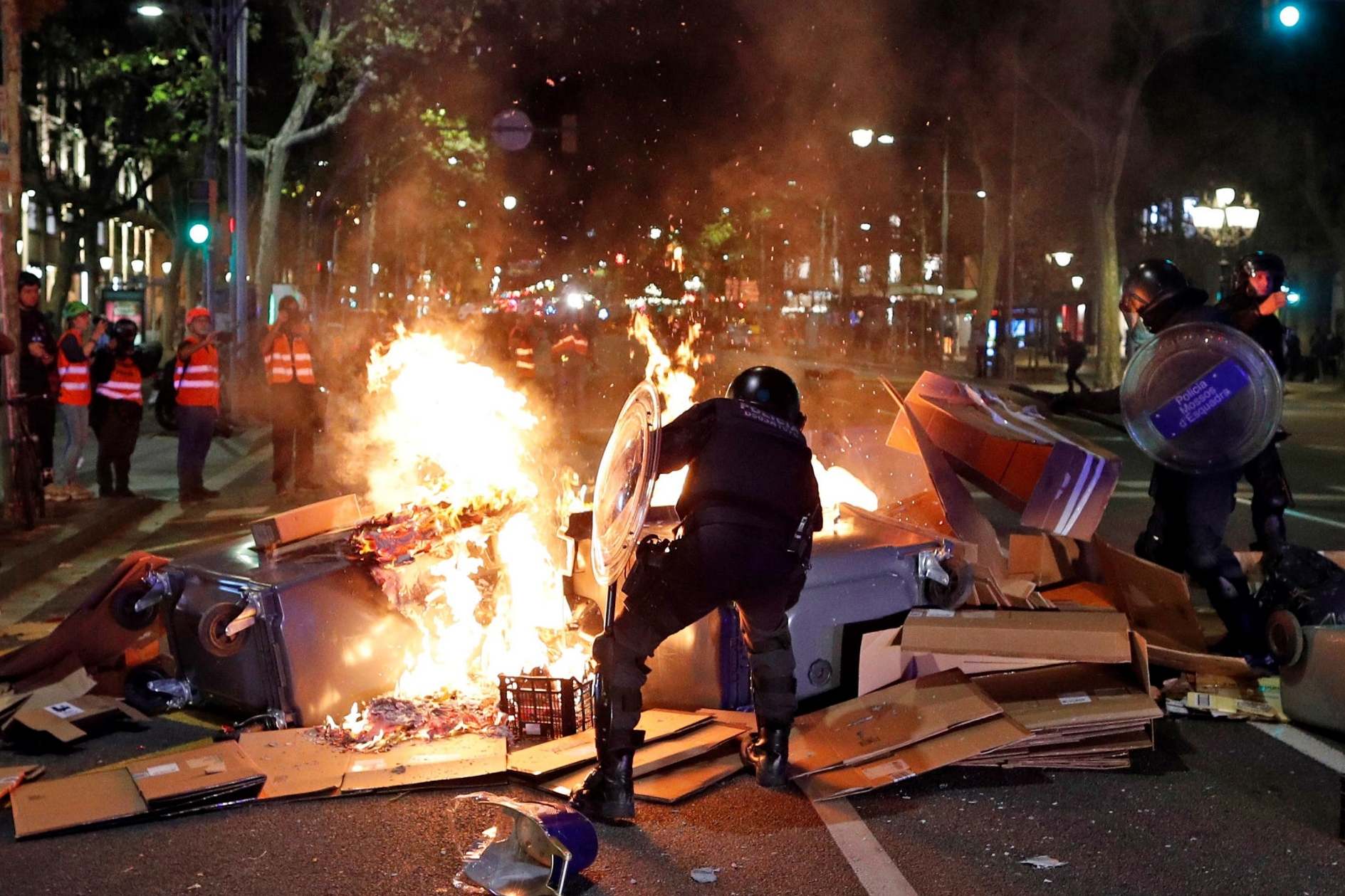 Spanish police and militant elements in a thousands-strong crowd of protesters clashed in the streets of Barcelona close to police headquarters late on Saturday as a pro-independence demonstration by a direct action group turned violent.

The protest began around 7:30 pm and as the crowd grew to around 10,000, according to police estimates, demonstrators threw a hail of bottles, balls and rubber bullets at officers, TV footage showed.

It was organised by CDR, a pro-independence pressure group that favours direct action and has cut railtracks and roads as well as trying to storm the regional parliament.

Police carrying shields and weapons and backed by some 20 riot vans charged the demonstrators in an attempt to disperse them, splitting the crowd in two along Via Laietana near the police HQ.

Police dispersed some protesters through Gran Via, one of the city’s main avenues, where there were some baton charges as protesters ran, setting barricades in places.

Some projectiles were fired. A photographer was hospitalised after being hit in the stomach by a rubber or foam bullet, while Catalan emergency services said medics treated four people, none of whom were seriously injured.

Further down Via Laietana, a major tourist avenue in central Barcelona, dozens of young demonstrators with their faces covered threw plastic bottles at a line of anti-riot police officers.

Protesters chanting “Catalonia antifascist” gathered at both ends of the avenue, cordoned off by dozens of police vans and officers, some equipped with weapons carrying rubber and foam bullets.

Does Princess Eugenie Have a Job?

R.Kelly Obtaining Well being Difficulties In Jail, Only Permitted To See 1 Of His...