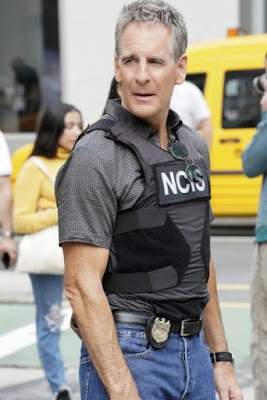 Recap – Pride heads to NYC to work a cold case, the murder of Ashley Griffin. Together, the NYPD and the NCIS New Orleans agents pull everything they have on an old murder suspect, Elliot Whitman. Unfortunately, Whitman walks and his victim never received justice.

While the NCIS agents are following up on Whitman, they find out that he had a friend at the reformatory school he attended as a child named Parker Lacey. Unlike Whitman, Lacey is described as a strong athlete and well-liked kid. He doesn’t have a record, lives with his family, and he has a job in the energy field.

The two men are connected. It appears that they are working. Lacey is killing individuals who wronged Whitman and Whitman is killing people who wronged Lacey. Yikes! As Whitman sits in police custody, Parker Lacey has kidnapped and hidden away his next victim Nadine Schiff. Pride and his NYC partner, Detective Cabrera, don’t have much time to save her life.

While working the case, Will stops by to see Chris. He has a confession. He was delivering drugs to make money. His backpack with $10,000 worth of drugs was stolen. He told Cade about it, who promptly put Will and his mom in a hotel. Cade told Will that he would handle it. 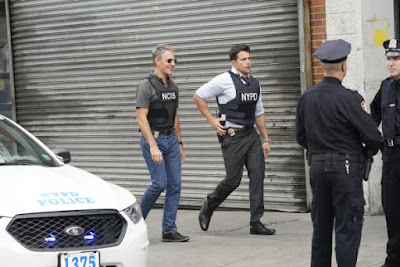 Pride and Detective Cabrera have narrowed down where Lacey is hiding his next victim. He has her in a utility tunnel under NYC. They arrive in time to save Nadine, but Lacey escapes. As Pride chases him out of the tunnels and into the bustling NYC streets, Lacey is hit by a vehicle and killed.

Pride goes to visit Whitman for a second time. Whitman doesn’t know that Lacey has died. Pride works his magic and convinces Whitman that Lacey is in police custody. Pride tells Whitman that Lacey has a lot to say about him and it isn’t very nice. He claims that Lacey called Whitman pathetic. Pride pulls all of the info on all of the cold cases they’ve linked to Lacey and Whitman. Whitman cracks and confesses to killing Ashley Griffin with the help of Parker Lacey. 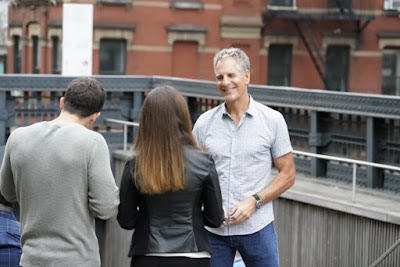 Pride, while struggling with his nightmares and insomnia, is happy to see Laurel in NYC. It appears that Pride’s temporary partner, Detective Cabrera is interested in Laurel. The episode ends with Pride smiling and it feels so good.

Review/Thoughts – An episode filmed in New Orleans and NYC was a nice change up! I felt like the NYC characters behaved a bit too cliché, but it was interesting to see Southern gentleman Pride, teamed up with a young NYC detective. They played off each other well. Speaking of Pride, I’m worried about him. His insomnia and nightmares are already impacting his daily life. Will they get worse and cost him more? He’s already been through so much… Also, I’m just going to say this once more, SEBASTIAN CAN’T LEAVE! Maybe I should create a petition…

What did you think of this episode? I can’t wait to hear your thoughts! Be sure to leave a comment below!

Also, have you missed an episode or two? Need to catch up or just want to refresh your NCIS – New Orleans memory? You can access all of my SpoilerTV reviews and interviews by clicking on the following link: http://www.spoilertv.com/search/label/KA

‘Another Life’ renewed for Season two. The Netflix drama series is the worst-reviewed show of 2019 according to Metacritic

Surfer, 28, killed after shark tore his leg off in ‘banned area’ pictured –...